Cow Killer Caught In the Act

I had two previous posts on the killers.  The first was on Cicada Killer Wasps that dig tunnels, fill them with Cicadas and lay their eggs on them.  There are not many Cicada Killer Wasps (sphecius speciosus) in the yard now, although I saw one working on this hole this morning.  The Cow Killer Wasp (Dasymutilla occidentalis) found it.

I caught the female Cow Killer, that is often called a Red Velvet Ant, backing out of the hole where she lays her eggs in the Cicada Killer’s tunnel which hatch first and eat the stored Cicada. 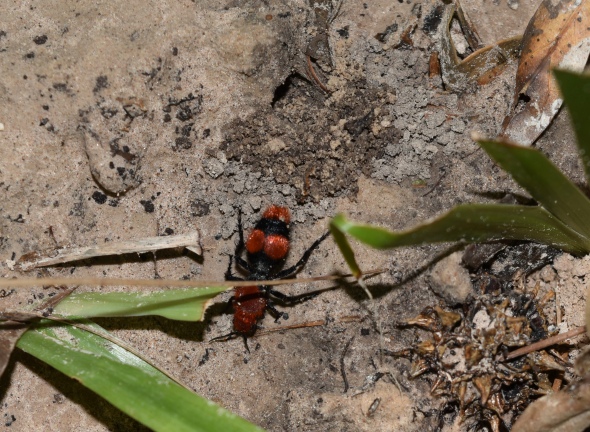 The deed was done and she scurried away.

The name Cicada Killer doesn’t seem quite as scary as Cow Killer.  This stunning red and black Dasymutilla occidentalis is rumored to have a sting powerful enough to kill a cow.  It will not kill a cow, but hurts really bad for humans.  The above photo is a male and they lack  stingers.

The females are wingless and pack a potent sting.  I did not have that information on the morning I spent watching the drama of their lives play out.  The female is also call a Red Velvet Ant and she sure is pretty.  The female has a difficult journey.  While I watched, she was pursued by many suitors at once.  Her goal is to lay her eggs in the Cicada Killers Wasps’ tunnel. 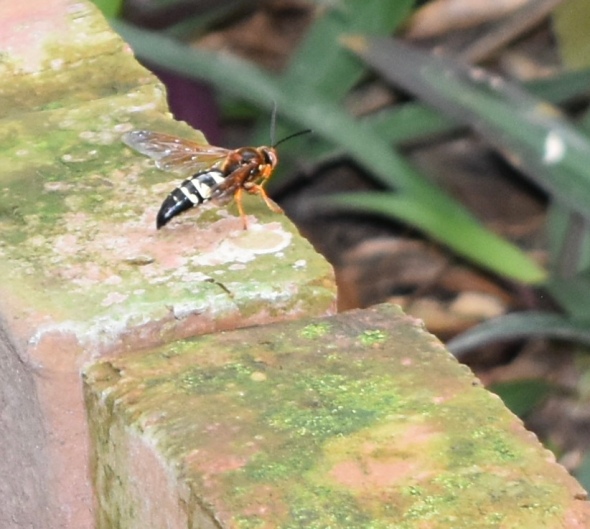 The beauty and peace of nature

Learning life's lessons in the garden!

Putting in a little

in my spare time

My Own Paradise: Life on Seven and a Half Acres

This WordPress.com site highlights our mountain garden and the seasons, seaside reflections and some travel musings.

Still learning after all these years.....

My week to week gardening diary

Life on the Green Side

The Task at Hand

A Writer's On-Going Search for Just the Right Words

Flora and fauna in a North Carolina garden.

Edinburgh Garden Diary
A Walk in the Garden

For all who appreciate the beauty of words, flowers and homecooking

Ideas from a Suffolk garden

Muddling Through My Middle Age